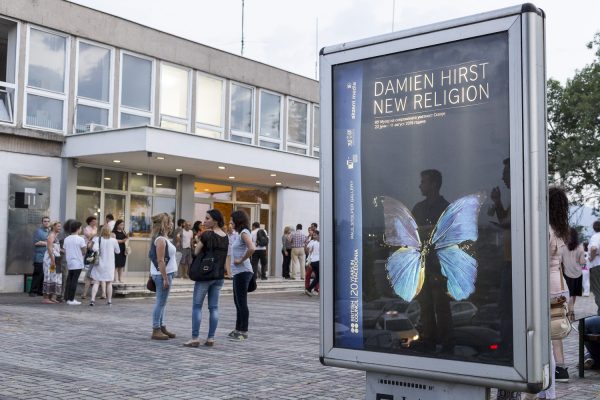 The work of Damien Hirst is exhibited for the first time in Macedonia on the 22th of June 2016.

One of the most prominent contemporary artists in the world exhibits 44 graphic works and four sculptures. His works examine the eternal themes such as life, religion, death and faith. These are the main subjects of interest of the artist trough which he emphasizes the complex correlation between the medicine and the religion as well as the one between the art and the religion.

The exhibition has featured so far in galleries in London, Oslo, Moscow, Venice, Sofia and Gdansk.The exhibiting of his works in Skopje was inspired by the 20 years anniversary of the British Counsil’s activity in Macedonia and came to realization due to the collaboration between the Paul Stolper Gallery and the Museum of Contemporary Art – Skopje.

The exhibition is open for visitors from the 22th of June until the 11th of August.

Your ticket for the: Damien Hirst