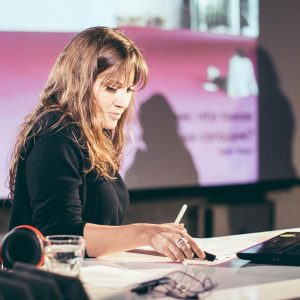 Your ticket for the: The Reflexive Museum, lecture by Kate Fowle