Pavilion of Republic of Macedonia

The Macedonian participation at the16th International Architecture Exhibition – La Biennale di Venezia, entitled Freeingspace, identifies the concept of freedom and ethics as discursive trajectory of architecture and space. The title itself embraces a double meaning: besides the one that sees freeing as an active form, or an act of operation, the prefix freeing– as an adjective describes and defines a space that sets free, indicating the immanent potential of space to create a sense of freedom. 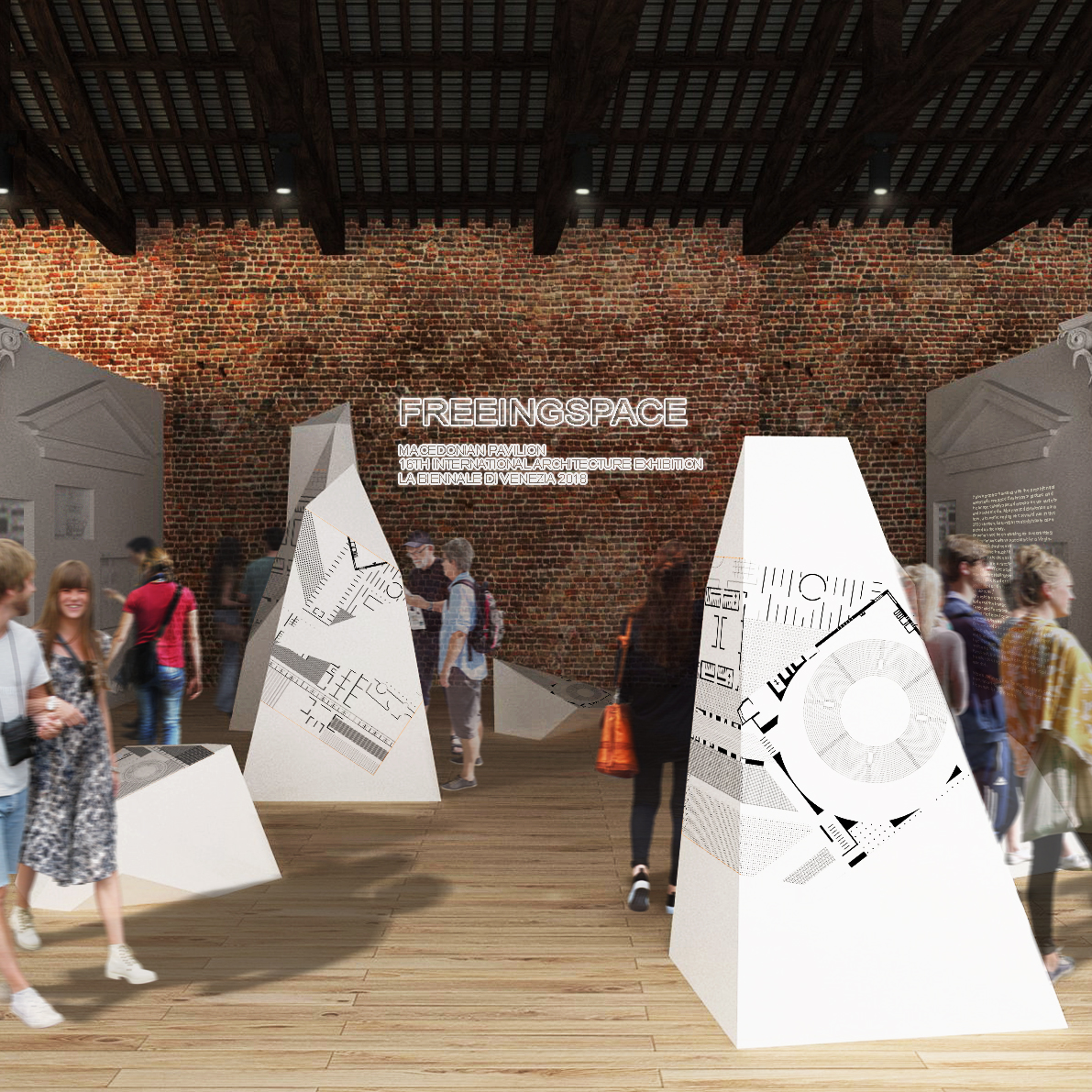 Freeingspaceconcept departs from the processes of transformation that the city of Skopje has been subjected to in its encounter with the general concept of modernity.

The exhibited Freeingspace projects objectify the meaning of public buildings as public spaces. It takes four distinctive sites within the inner city area of Skopje exemplifying architecture as both a heroic outburst when originally builand as mere representational commodity in its recent recast.

The exhibition takes formation of four singular entities as informational solid that juxtapose memory, perception and representation of space. In such a multitude of meanings Freeingspace finds itself as a conceptual prosthesis, futurefragment that transcends repulsive contradictions by means of re-thinking instead of erasing.

Freeingspace – the Macedonian Pavilion at the 16th International Architecture Exhibition – La Biennale di Venezia is organized by the Museum of Contemporary Art Skopje, with the support of Ministry of Culture, Republic of Macedonia