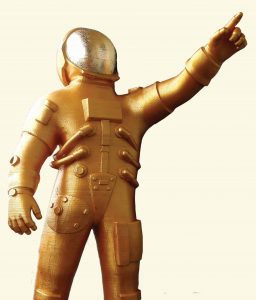 Scientists claim that the uncontrolled exploitation of natural resources and reckless activities have disturbed the balance of natural order on Earth. The ability to alter nature made humans the chief geological factor leading to catastrophic shifts in the essential natural parameters for life on Earth. We live in a new geological era, the era of Anthropocene. No doubt, the current geological age was enabled by the rapid development of the capitalist production logic as well as the global capitalist model proposing unscrupulous exploitation of both natural and human resources. It is precisely the reason why some scientists believe this new era should be named Capitalocene. Perhaps the most decisive moment favouring the theory that the term Capitalocene is more consistent with the present situation of the environmental and the social crisis is the fact that the chief obstacle in relieving global warming effects is the price capital has to pay in a scenario where the greenhouse gas emissions are reduced. As evidenced by global initiatives to prevent climate change, Capital is not willing to suffer significant losses. If this is true, if Capital is more important than Life, what is our alternative?

Velimir Zernovski’s exhibition is a criticism of the monstrous logic set out by capital, alarming to the uncertainty of our future, the possibility for the irretrievable loss of our natural and symbolic environment until we are reduced to nothing but an empty shell, a body without any substantial content. His video installation is a vision of such a body, reduced only to its primary function: breathing. However, at the same time, Zernovski “engages” with Stephen Hawking’s theory that “black holes are not quite as black as previously thought,” and that despite the strong gravitational field they create, out of which nothing can escape, not even light, they might also serve as a passage to another universe. Is that the case with capital? Is capital our black hole that, on the one hand, consumes and destroys even the most compelling calls to save life on Earth, while on the other allows people to hope and dream of other worlds through its extensive space program investments? This is the question Beyond the Blackness attempts to raise quite lucidly as an exhibition of video installations and several sculptures of astronauts placed in different positions. The astronauts’ figures, created with 3D printing and painted in gold, seem to herald a new ontology of the future. The background is an artistic stylization of the golden hexagonal-shaped mirrors from the latest James Webb space telescope, “a powerful time machine” that according to NASA will peek back over 13.5 billion years to see the first stars and galaxies forming out in the early universe. However, in addition to the expectations towards expanding our knowledge on the origin of space, the telescope is also expected to be the first to “map” new space charts of all the planets humans could potentially populate one day.

So in the words of the late Stephen Hawking, “if you feel you are in a black hole, don’t give up. There’s a way out.”

Your ticket for the: Velimir Zhernovski, Beyond the Blackness