The project and the exhibition Freeing Space critically confronts many of the issues imposed with the abrupt and ideologically and politically forceful transformation of the identity of the City of Skopje. In an utterly intensive construction offensive entitled “Skopje 2014”, which occupied the city center with endless arrays of flamboyant styrofoam facades and pompous bronze monuments, architecture and urban planning were misused for a frivolous disposition of the public space, and for capturing, suppressing or negating any prior architectural achievements. The proposal by the curators Slobodan Velevski and Marija Mano Velevska, as well as the four teams of architects assembled for the project Freeing Space, which was organised and presented within the Macedonian pavilion at the 16th International Architecture Exhibition in Venice in 2018, takes off from the loss of public space, its critical review and the restitution of the values of free space in an architectural and social sense. 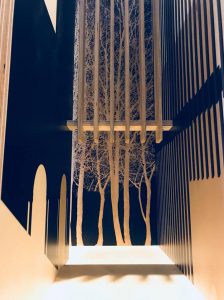 The Macedonian participation at the 16th International Architecture Exhibition – La Biennale di Venezia, entitled Freeingspace, identifies the concept of freedom and ethics as discursive trajectory of architecture and space. The title itself embraces a double meaning: besides the one that sees freeing as an active form, or an act of operation, the prefix freeing– as an adjective describes and defines a space that sets free, indicating the immanent potential of space to create a sense of freedom.

Freeingspace concept departs from the processes of transformation that the city of Skopje has been subjected to in its encounter with the general concept of modernity.

The exhibited Freeingspace projects objectify the meaning of public buildings as public spaces. It takes four distinctive sites within the inner city area of Skopje exemplifying architecture as both a heroic outburst when originally build and as mere representational commodity in its recent recast.

The exhibition takes formation of four singular entities as informational solid that juxtapose memory, perception and representation of space. In such a multitude of meanings Freeingspace finds itself as a conceptual prosthesis, future fragment that transcends repulsive contradictions by means of re-thinking instead of erasing.

Both the project and the exhibition are taken as an ensemble of different conceptual, social, political and symbolic experiences of the city-space and therefore consist of five fragments: apart from the one containing key information that contextualize the project as a whole within the exiting realities – there is one distinctively constructed fragment for each project separately. Each of the fragments is derived from the generic suprematist formation comprising of three segments: 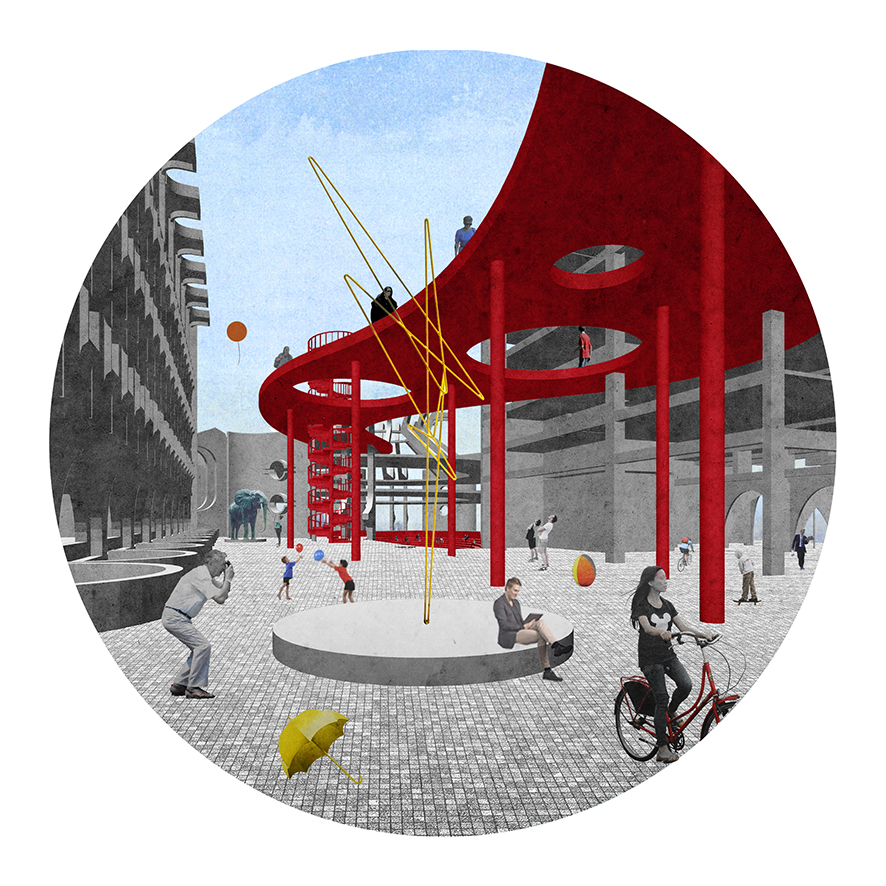 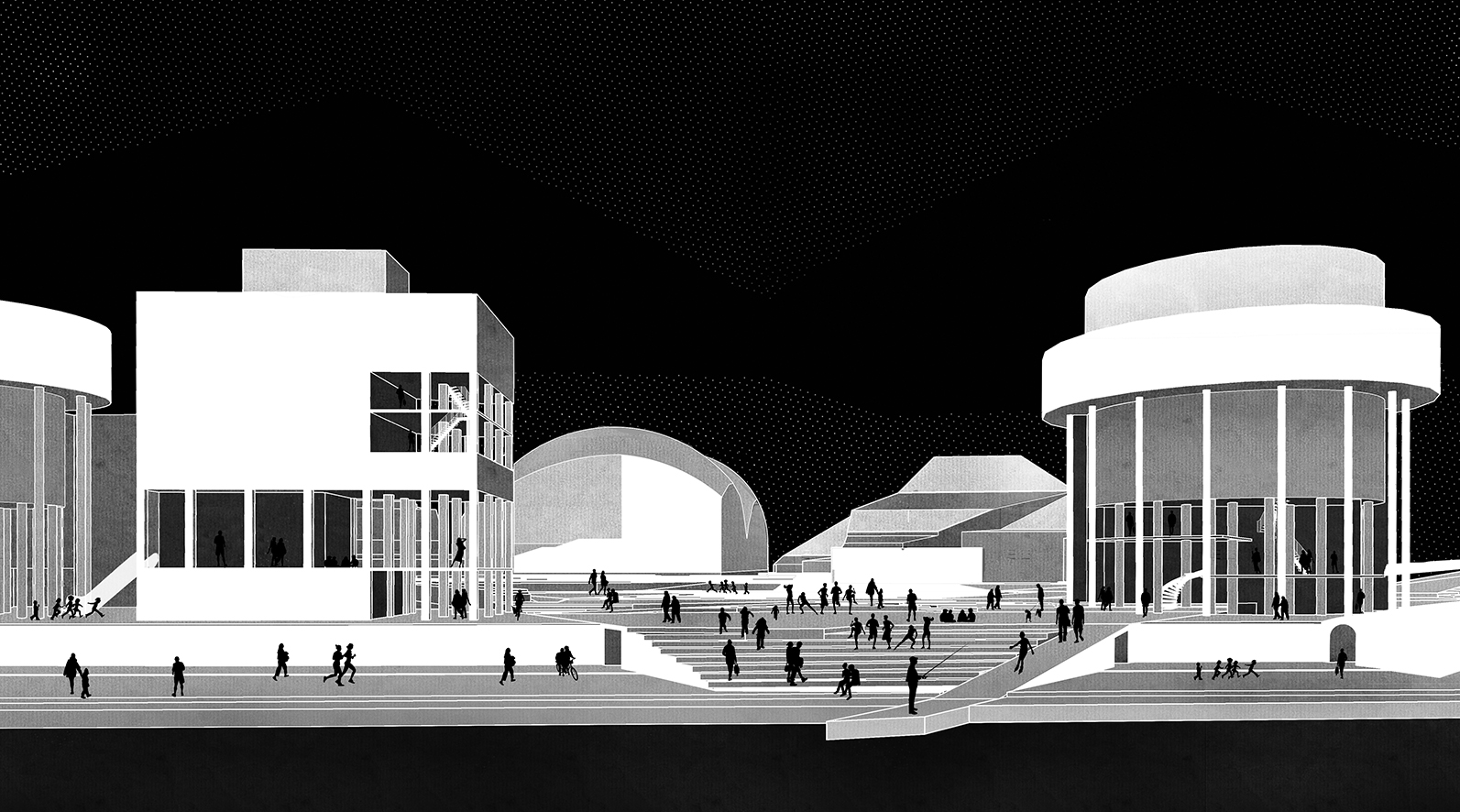 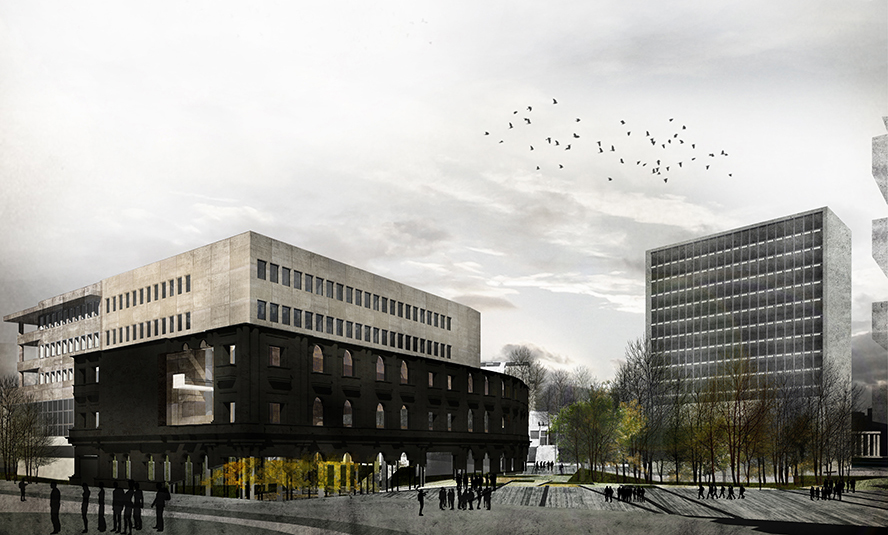 Your ticket for the: FreeingSpace