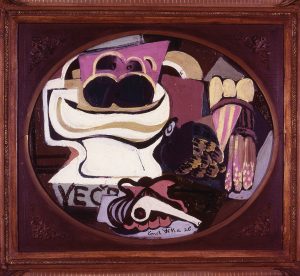 In such an initiated exhibition, respectively – selection, certain rules are imposed by the problematic blocks of this kind of unusual presentation. Immediately, the dilemma occurs and outlines – what is behind the organization of this exhibition, when at the very beginning the conventional and often used title “Donated Art Works from Czechoslovakia” is adopted, and at the same time a kind of a “game”; infiltrates which the language itself mainly has certain historical and political dimensions. Therefore, we can distance ourselves from them, because artistic aspects are more important for us. However, the emphasis is placed on the year when the joint state of Czechoslovakia was founded 1918, which means this year is the 100th anniversary, but not as a joint celebration of the former state, since in 1993 they separated peacefully becoming Czech Republic and Slovak Republic.

In all this circumstances, most important issue is that the exhibition is a challenge that opens the possibility for analysis certain amount of views. We would like to begin with those aspects which are logicaly connected to the final decades of the last century. We would start with those which are logically connected with the last decades of the past century. They treat the social and political changes in Europe as years that have had an impact on art and the culture in general. In this respect, the elaboration is based on the historical relationship between East and West, which inevitably marks the perspectives of the induced conditions. 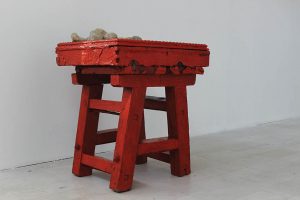 With the intent to more fully reach the art events in these now separate states, it is necessary to take into account all stages and real processes of develoment of several generations of modern as well as the contemporary artists. This conclusion moves us away from a simplification of the contemporary production that follows the political reforms. Being familiar with the relatively authentic historical situation of Czechoslovakia, especially the tendency to mystify the attitude of official art and state institutions in the period of the rule of the communist regime, the so-called alternative, unofficial art that initiated the central motive of the emerging transformations, was inevitably involved. During the period of the expected transition and the avoidance of direct confrontation with the Soviet regime, especially during the Prague Spring of 1968, (its 50th anniversary is also marked) The National Gallery in Prague decided to allocate an important part of its own relevant collection (12 works), to complement the relatively new collection of MoCA, Skopje, at that time.  (today in the collection there are 265 works by 92 artists from Czechoslovakia)